Current trends we see that you might not expect 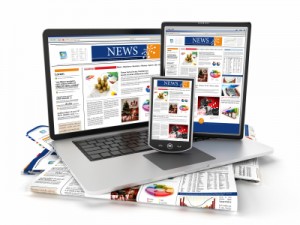 Perhaps most surprising of all, after growing year on year up to 2014, figures show that EBooks sales have actually declined for the past 4 years. Who would have thought?

A big question that publishers are grappling with is the potential negative impact of offering digital formats alongside print formats. Naturally, the worry is that because e-books offer the same content as their printed counterparts, at a lower price, that they will cannibalise print book sales.

But the picture emerging is that offering one format doesn’t appear to significantly impact sales on the other. E-book platform providers like Amazon claim e-books do not impact print sales… and research in the INFORMS journal Management Science found that delaying the sale of the e-version of a new book does not lead to increased print sales, and can result in significantly fewer e-book sales once the digital version is made available.

Since 2008, overall sales on the newsstand have declined by 60%. A decade ago, more than 20% of circulation for audited magazines came from single-copy sales… now that number is around 6%. Changes in consumer behaviour, a struggling high street and an expensive supply chain have contributed to struggles in this area.

But there is light at the end of the tunnel.

While some magazines have gone digital-only, other publishers and brands are revitalising the medium. Recent examples include The Economist relaunching a lifestyle magazine. Culture Trip, launching a publication about travel and Meredith creating a new title on pet care. And recently, we have helped new title GAFFER launch to great acclaim. As a business that helps new publications get off the ground, we have never been busier.

It seems that as people become more accustomed to paying for content online (and with publications less reliant on advertising), publishers and brands are starting to invest more into the print product as a way to cut through the digital noise and build a loyal base.

We are finding that the magazines showing newsstand growth all appear to demonstrate a common ability… they are doubling down on the qualities inherent to print, and are creating content that is uniquely different from all other mediums.  They also all demonstrate a clear focus on high-value special-interest communities.

Success requires positioning your brand to be the best in your field, ongoing investment in quality content and being able to deliver an experience that entertains and connects consumers to their passions.

Interesting news from TGNM, owners of the Guardian and The Independent, responding to rumours it was closing its print operation. It pointed out that print sales were actually GROWING. Across all channels, they are aiming to increase the number of supporters and subscribers to 2 million by 2022. But how?

It all goes to show that print and digital publishing can succeed but an unwavering focus on developing revenue streams, sales and subscribers is critical… as well as ensuring speed and efficiency in production.

Launching or revamping a title? Want to find out what to do and what can help? Simply get in touch.