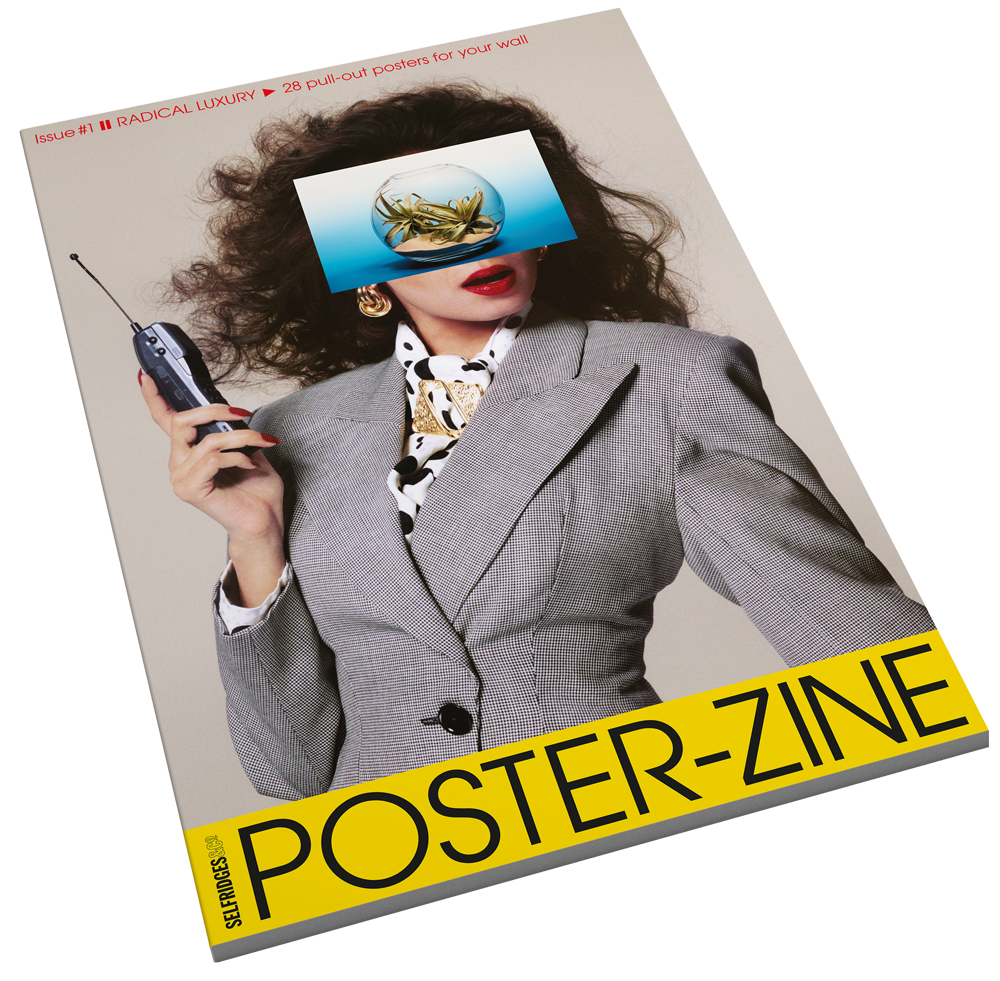 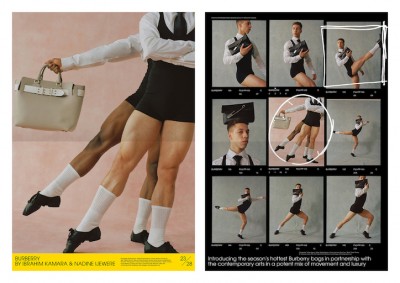 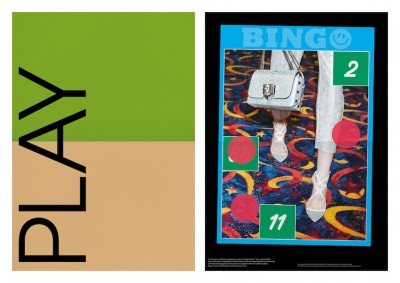 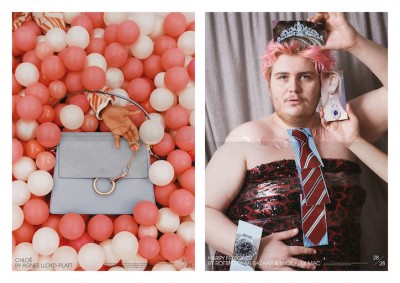 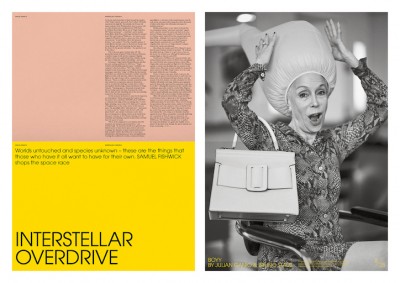 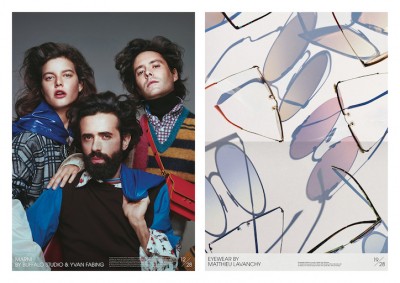 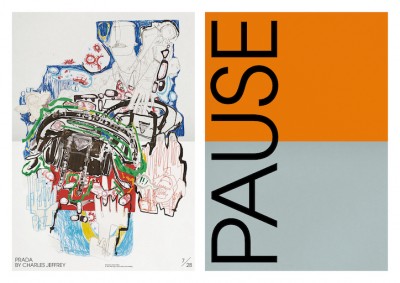 Since the start of 2018, world-renowned department store Selfridges have concentrated their efforts on defining the meaning of modern luxury, be it through exhibitions, pop-ups or capsule collections by the likes of Michele Lamy and Gareth Pugh. The pursuit continues, this time with the launch of a new magazine to coincide with the unveiling of the third phase of the department store’s accessories hall, which features a new art-filled entrance on Duke Street, as well as the first European outpost of Tokyo’s Aoyama Flower Market.

Selfridges approached LC to manage and produce a posterzine for their most valuable customers. The first issue of this unique, A3 publication was titled “Radical Luxury” and featured 28 pull-out posters designed by some of fashion’s leading creatives. With art direction by David Lane of Lane & Associates and The Gourmand, and edited by Richard Gray, director of November Creative, they pulled out all the stops.

Richard – who recently founded agency November Creative, and before which served as Fashion and Creative Director at The Sunday Times Style – describes the initial creative process as “about taking luxury and twisting it and inverting it and questioning it”. He praises Selfridges for the groundwork they put into the project, “[they] did weeks of research speaking with people who set the pulse in the UK to ask what their luxury was, and how they see it, and this fed our imaginations” but, above all, it was the megastore’s open-mindedness that allowed the project to flourish, and their genuine desire to disrupt the current notion of “luxury”.

The posterzine is unusual in its format, made up of 28 double-sided A2 posters packaged together to create a magazine. Each poster has “an A-side” of “radical artwork” made up of “must-keep pics and collages” and a B-side: intelligently written articles by big names such as Will Self, Alice Rawsthorn and Alex Fury, as well as interviews with Virgil Abloh, Hans-Ulrich Obrist and Norbert Shoerner.

The format was inspired by the memory of “how much fun it was to plaster your walls with posters as a teenager” explains art director David Lane, as well as the desire to “create something permanent in a very digital world”.

“This was a challenging project to bring together logistically and creatively – we needed to ensure the result captured the ‘luxury’ look and feel of the individual brands represented within and in a way which the recipient would value and want to keep. There were also practical realities to contend with – not least how such a piece could be physically packaged and posted to over 25k VICs and also distributed through brand-to-hand. We’re proud to have played such a key part in bringing this project to fruition so successfully.” Greig Scott, Managing Director, Logical Connections

The visuals, commissioned and art directed by David, come courtesy of a vast array of industry-leading creatives. The list includes stylist Ibrahim Kamara who collaborated with photographer Nadine Ijewere to shoot street-cast dancers; David Uzquiza and Adrian Gonzalez-Cohen from Buffalo Studio (of Buffalo Zine magazine fame) who collaborated on a self-portrait with Yvan Fabing; along with Art School, Charles Jeffrey, Matthieu Lavanchy and Bruno Staub, among many others. The common thread being that each contributor was radical in their own way; they were all fearless, energetic and eager to creatively challenge both themselves and any existing preconceptions of “luxury”.